Following the Sunday’s night win of Chicago Bears against the Green Bay Packers, Charles Leno; the left tackle for the team proposed to his girlfriend. With this win, Packers have clinched their team’s first AFC North title since 2010. 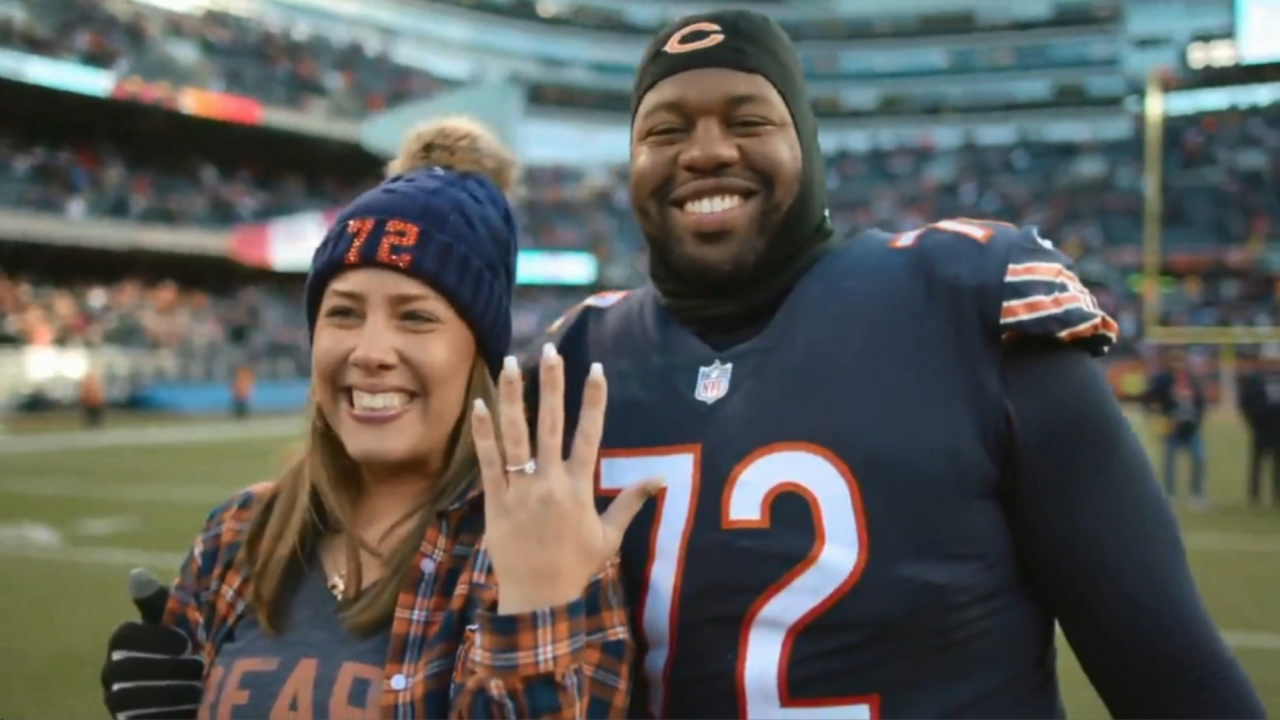 Leno doing the propose got on his knee and popped the big question to his girlfriend Jennifer Roth at the midfield soon after the game concluded. Of course, Jennifer said ‘Yes’.

Leno told the press later that he wanted to do the proposal soon but the importance of the Sunday’s game halted his plans. 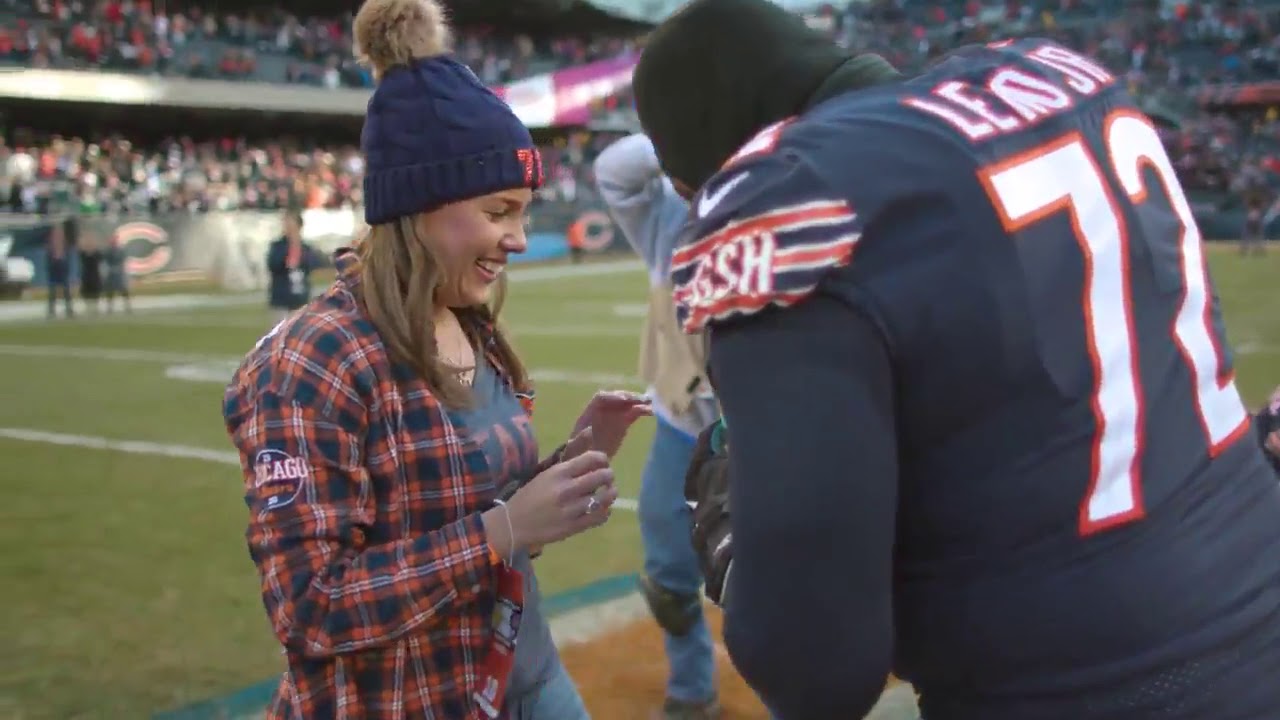 Leno said to media, “it was coming soon, but when I knew that we could clinch this week’s game, I was like, ‘I have to speed things up, I have to speed up the process’. I kind of planned the proposal earlier this week. She was surprised. She was shaking and she was crying. Right now, I can tell you this, she is bawling. That’s all I wanted to do.” 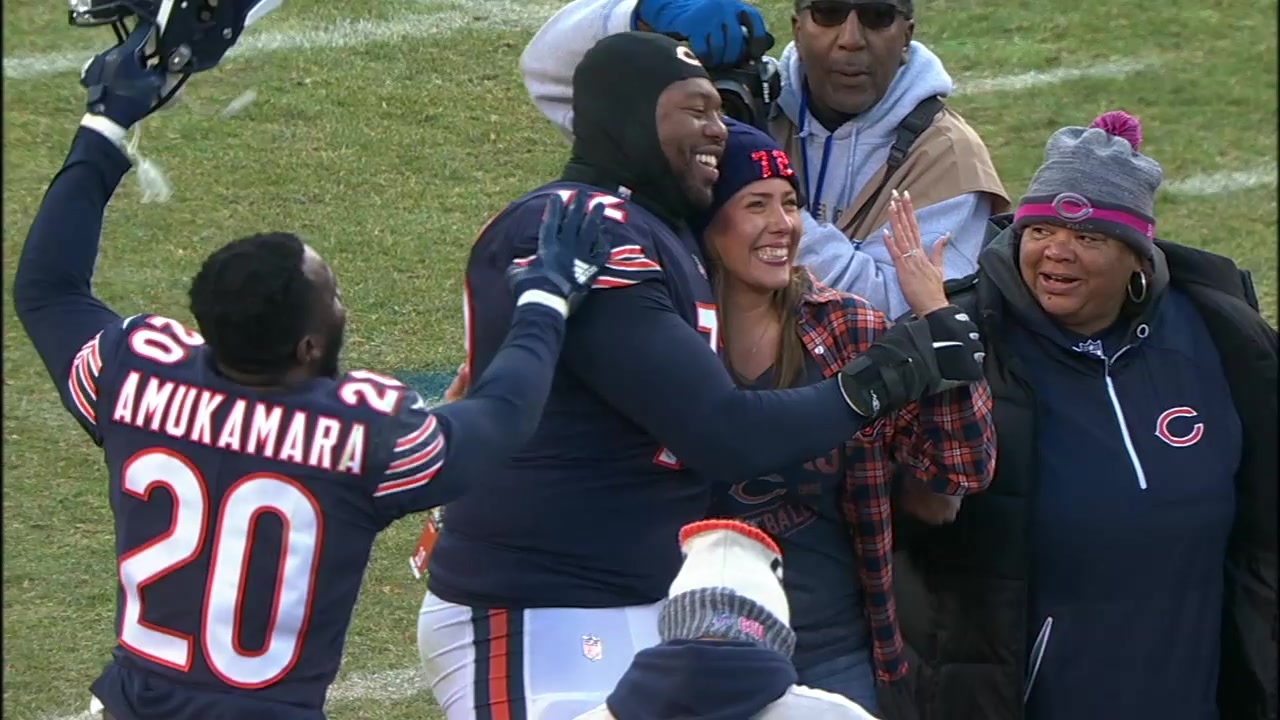 Sunday’s game was the 58th consecutive start of Leno as the team’s starter. 27 years old left tackle is a seventh-round pick up of the 2014’s NFL draft. In his first year, he was given a contract worth of 37 million dollars for four years with an extension signed on August of 2017.