After Kobe Bryant, the most popular athlete in the Staples Centre history, took the courtside seat in the first quarter, people were buzzed with excitement. They even chanted out his name in the fourth quarter but soon these chants were drowned in the cheers for LeBron when he made a 3-pointer. 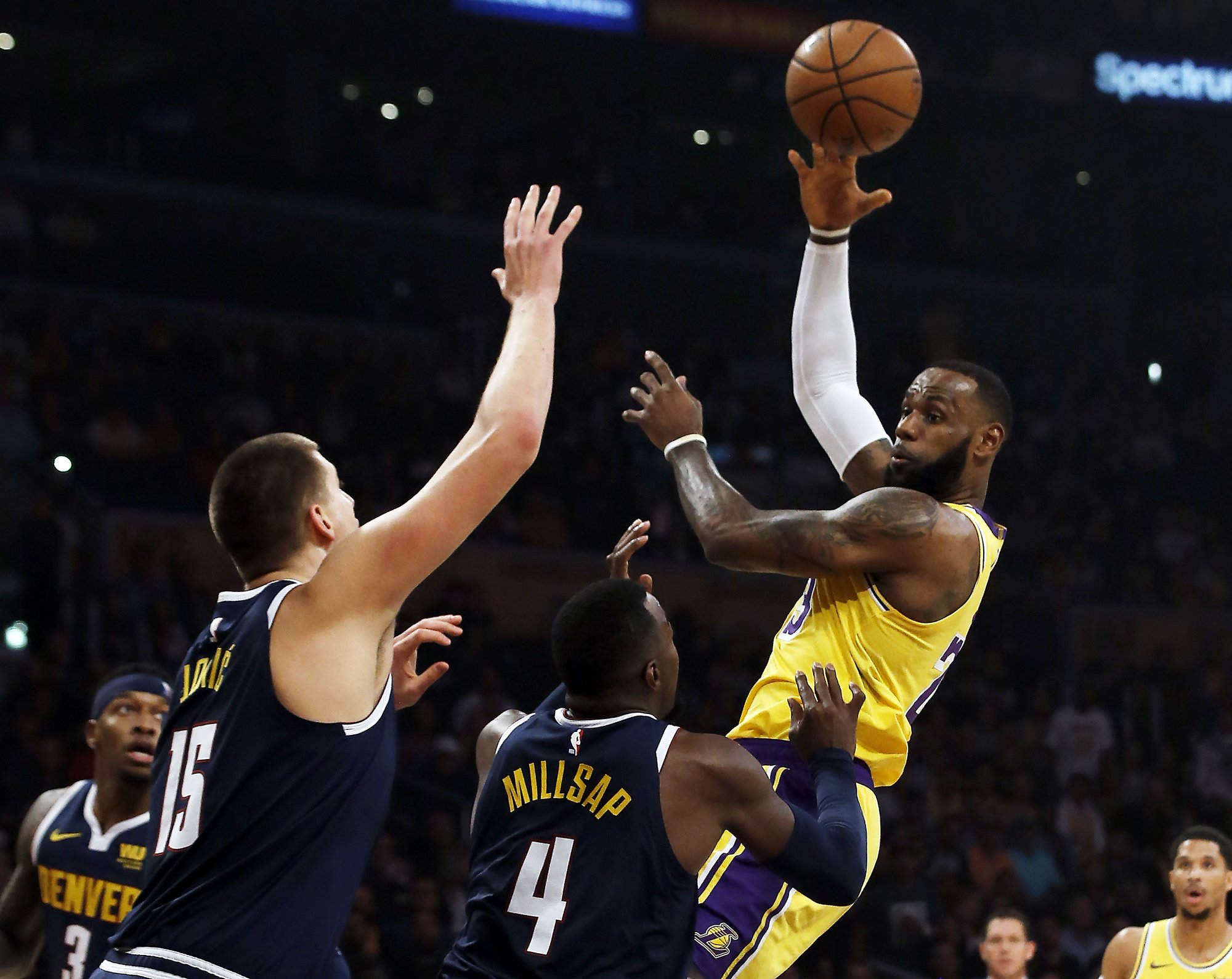 Los Angeles Lakers have made it back in the season with their second win and are proving that with LeBron and the new young players of the team, the future and the present of the team is not so gloomy.

James made 28 points, 11 assists, and 11 rebounds in his first home game victory over the Denver Nuggets on Thursday night. 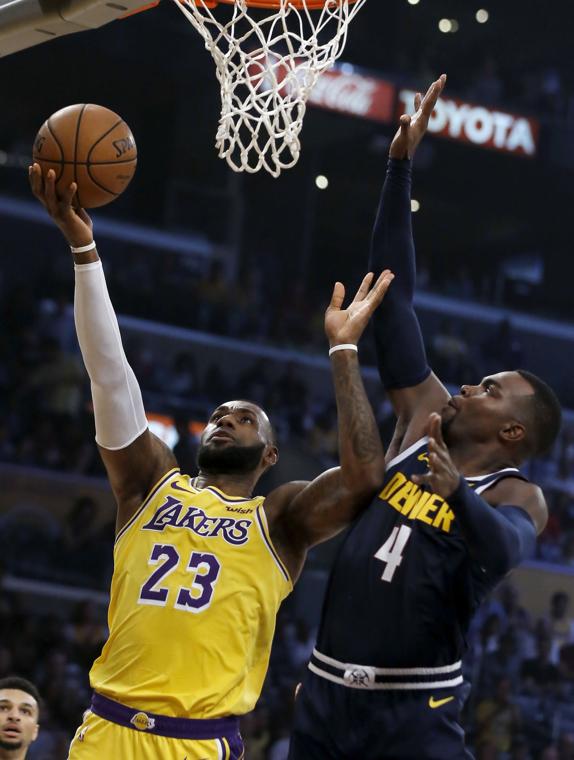 Although LeBron and Kobe did not talk with each other these longtime friendly rivals were both happy as with James making the first Triple-Double for Lakers since joining the team. 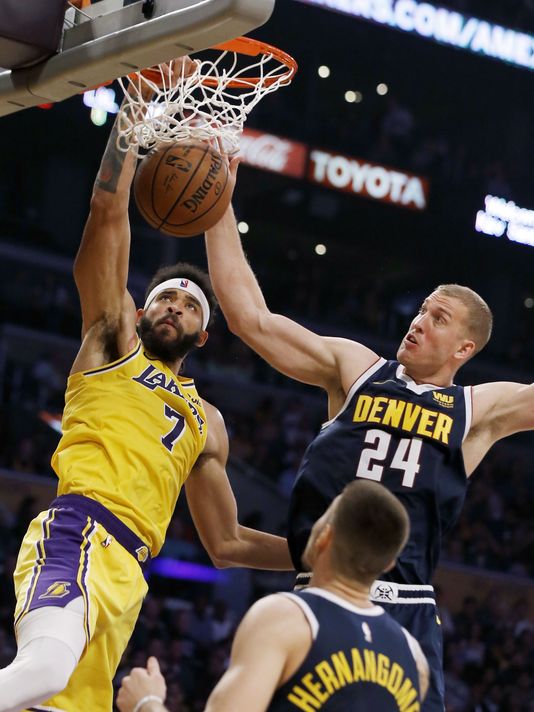 James said to media, “of course is saw him sitting near the baseline; one of the All-Time greatest of the Lakers. What he has done in his 20 long year’s career for the franchise is absolutely wonderful to be able to compete against him once and now sharing the same jersey which he did all those years, it is pretty special for me.”

Michal Malone; Denver Coach said, “LeBron is doing what he always does. LeBron is bringing the confidence of all those Lakers guys up. You can see the chemistry o Kyle Kuzma and LeBron James growing.”

LeBron James first game with Lakers ended in a defeat during overtime; Lakers slipped away by 0-3