St Louis Blues brought a new face on the ice field after their Thursday practice and he seems pretty good with tracking the puck. 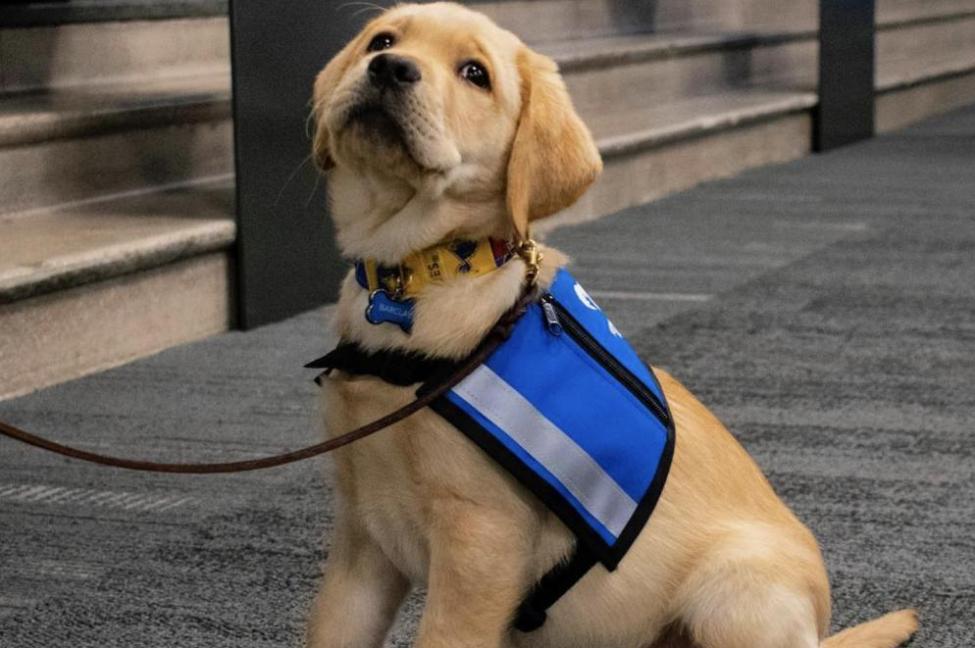 This guest star is the team’s adopted Pup named Barclay who is a 5-month-old yellow Labrador Retriever. Barclay was adopted by the team back on October from Duo which was an organization that train and places special service dogs to make these dogs more sociable. 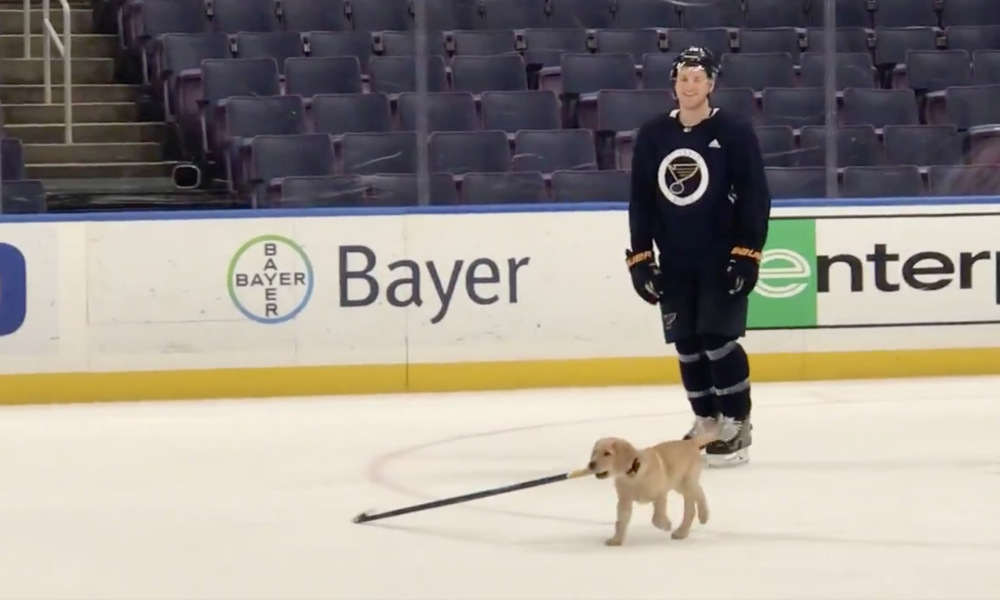 Barclay is named after the Blues late star Barclay Pager and he was born in September. This makes Barclay 35 months old in human years and it is still too early for him to be drafted in NHL. 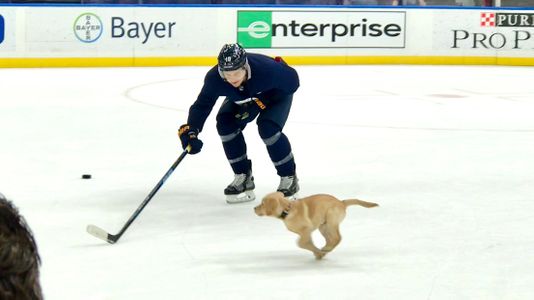 However, he still showed some good speed, agility and balance on the ice. As a dog, he has a good stick fetching sense too but he only carries Hockey sticks.

Barclay altogether got a penalty for his actions though.

To pick up another player’s stick there is a penalty involved and closing your hand in Barclay’s case your mouth around the puck also gets you a penalty. 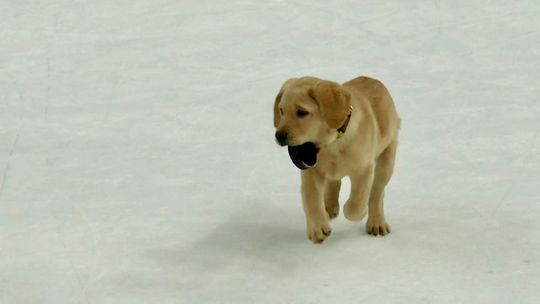 After some basic training, Barclay will get intensive training fro Duo for about for to six months and when he will be 18 months old; he will be paled in a good fit as a service dog by Duo.