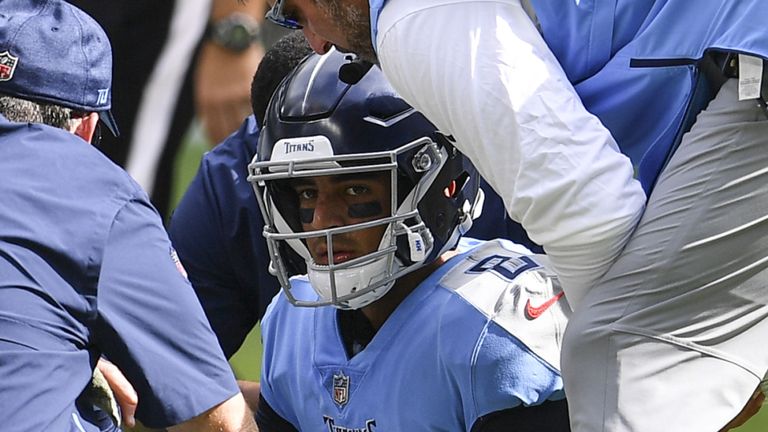 The Tennessee Titans suffered tremendous disadvantage after their three players including their quarterback Marcus Mariota, Left tackle Taylor Lewan and tight end Delanie Walker were injured and forced out of field against their match with Miami Dolphins.

Mariota got hurt in the early third quarter when he was hit on the elbow by William Hayes while handing off the ball to Derrick Henry.

Following his injury he was replaced by Blaine Gabbert but returned on the field. However he soon left after making his second interception throw in the late stage of the third quarter. Gabbert was called on the field for the second time and Mariota never returned back on the field.

Lewan was called out of field after he suffered a vicious blind side hit in the early fourth quarter that left him with a concussion. However the hit was not flagged by referee.

Walker suffered an injury either on his left leg or his left ankle in the late stage of the fourth quarter. The injury he sustained was resulted when he got pinned down under a defender during his tackle. Trainers responded quickly on the scene and his leg was put in air cast before they carted him off the field. 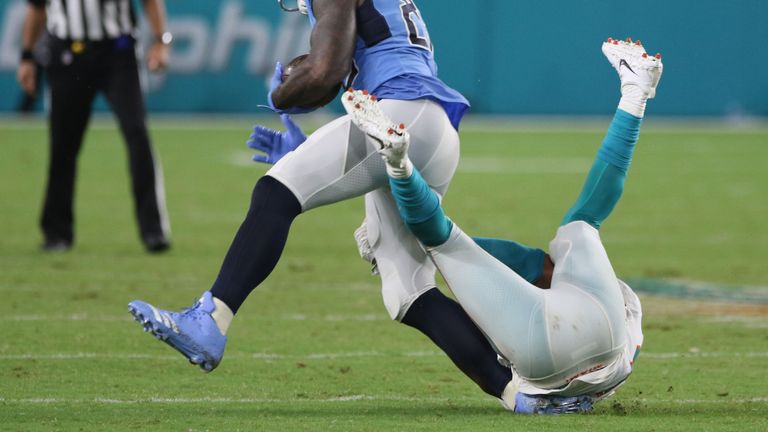 Walker made four catches for 54 yards before he left the field. He has only missed eight games in his previous 11 seasons.

David Johnson has been signed by Arizona Cardinals for 37 million dollars for next three years
NFL; Oakland Raiders lose to LA Rams 13-33 while Jon Gruden’s return to NFL has been spoilt by Rams
To Top