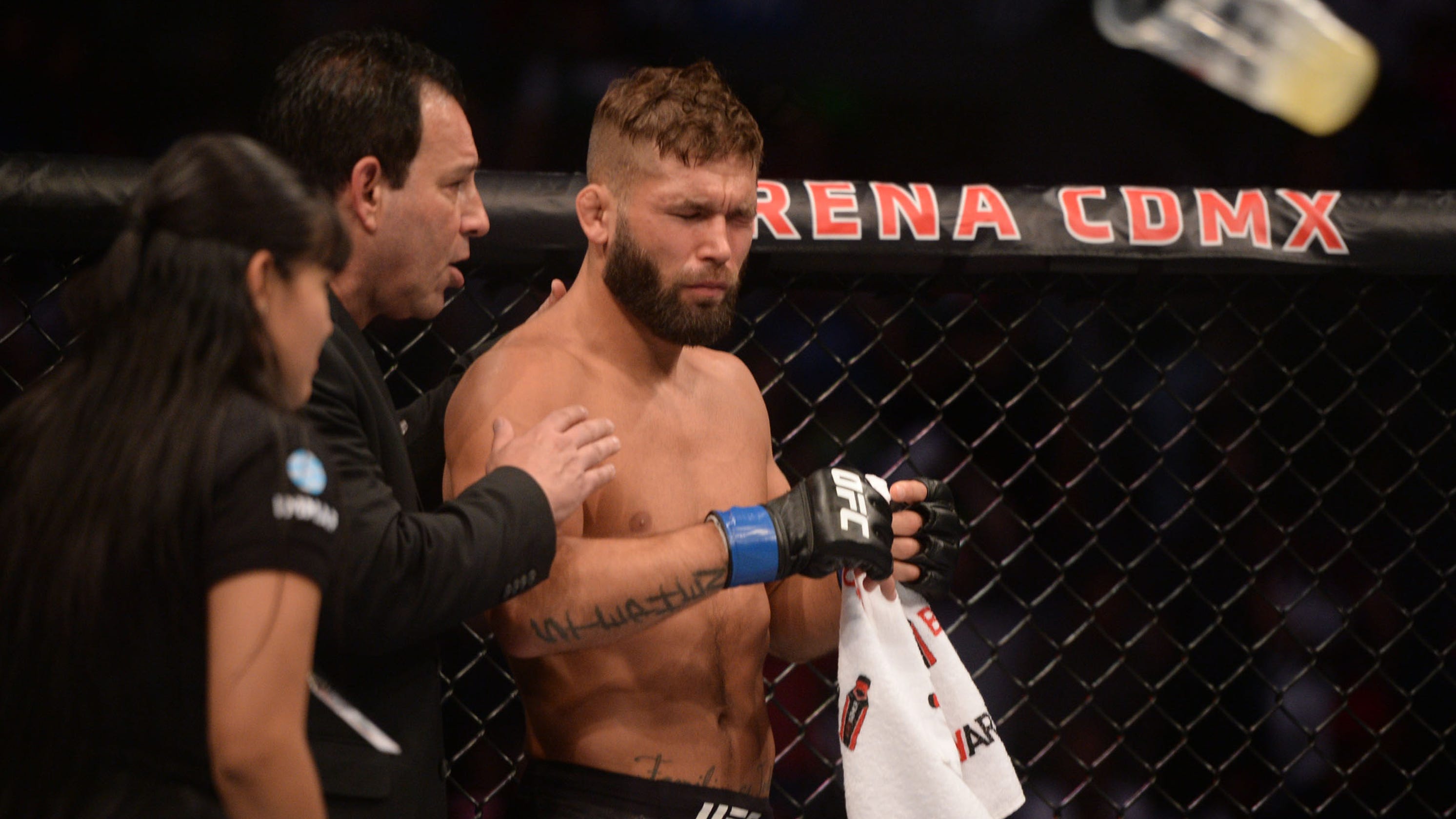 Jeremy Stephens came to Mexico a few weeks earlier in order to train for the attitude of the fight he had with Yair Rodríguez on his own expense in Mexico City. 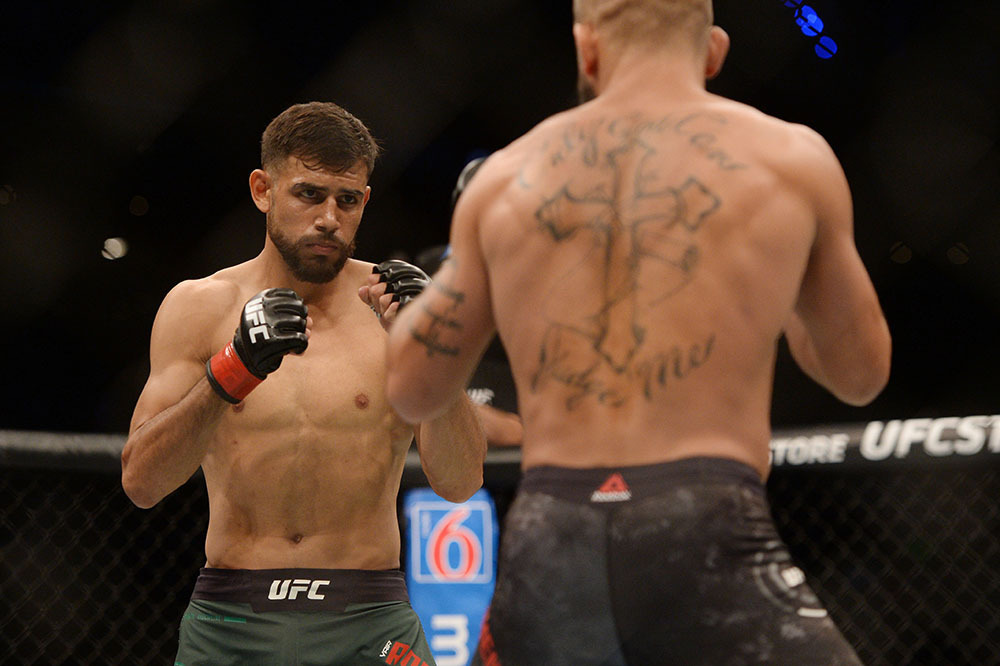 However, the fight ended out to be only a 15 second one. 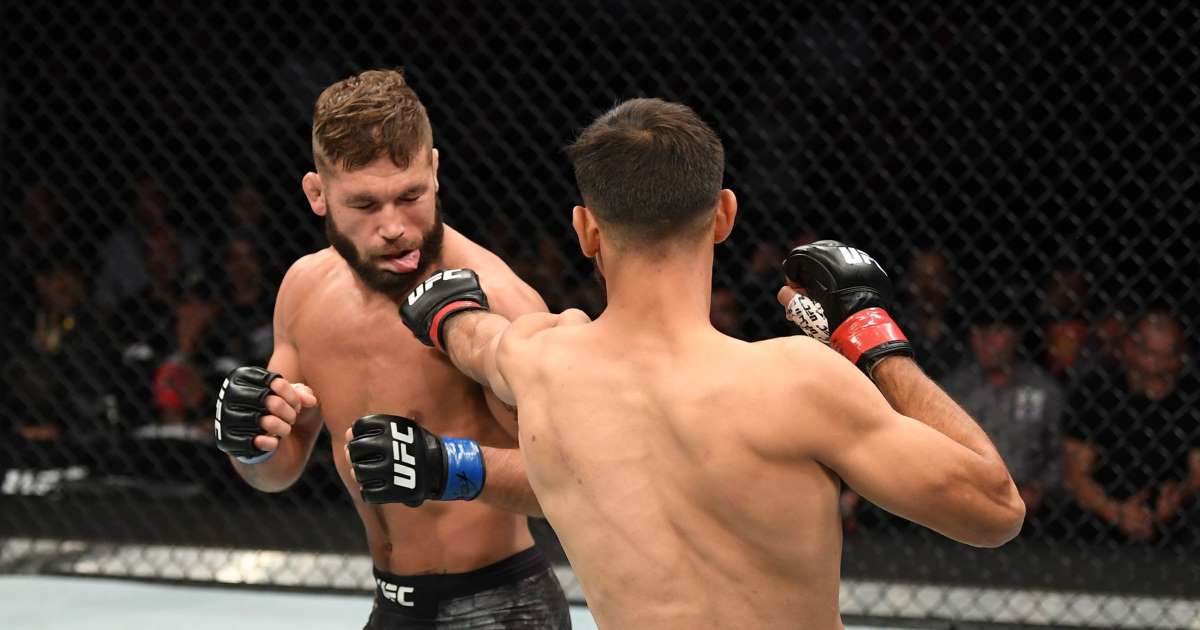 Despite the 5 minutes of the recovery time passed on, he fight was ruled out as no contest which led to an ugly scene erupting at the Mexico City Arena with debris and bottles being hurled everywhere. 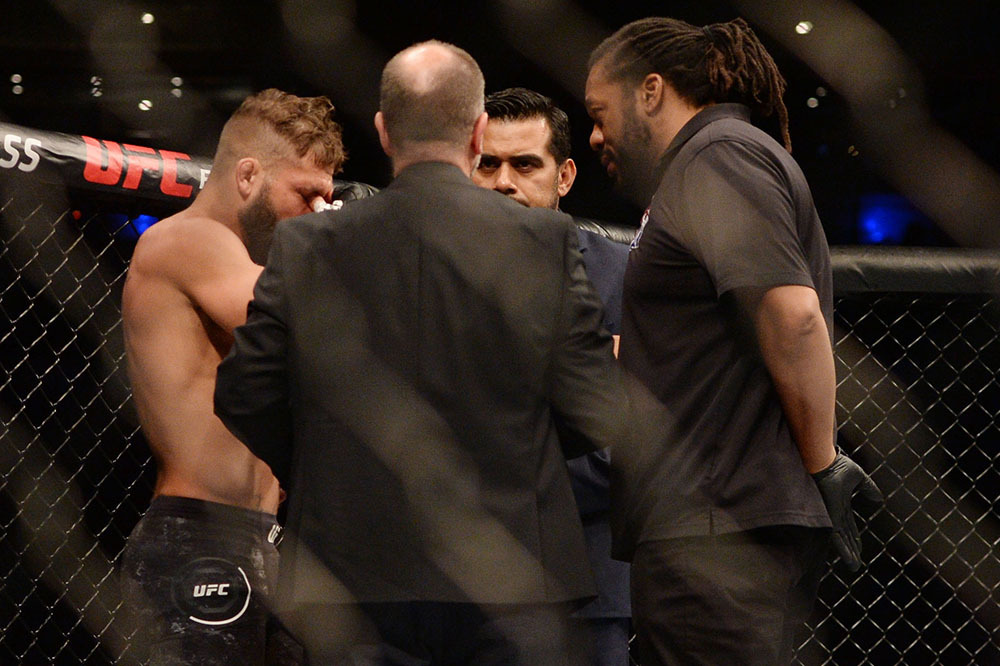 Rodriguez, talking through an interpreter said, “I apologize for this very much. We both had trained really hard for this fight and everyone came here spending a lot of money and to see us compete with each other and also to support us. I feel really bad about all this. Let’s do this fight again.” 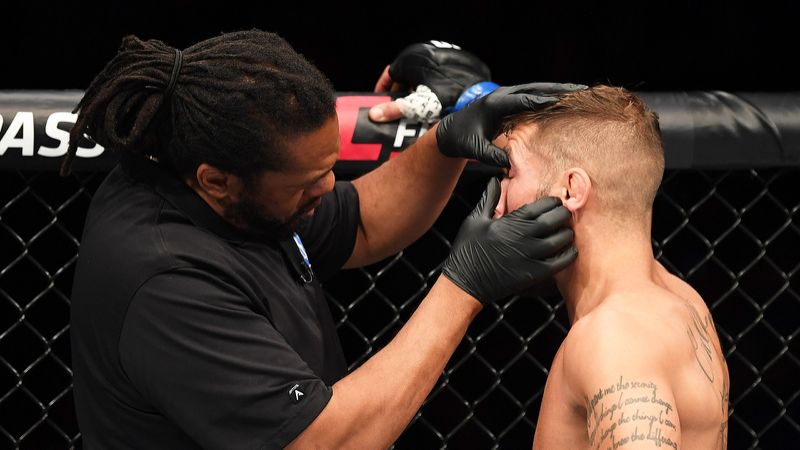 Below is the video for a glimpse of how bad the response of the audience at the octagon was.

Herb Dean, the referee of the fight, did everything to let the fight continue after Stephens suffered the eye poke. Dean repeatedly told Stephens that he can take full 5 minutes with the cage side doctor as per the rule. 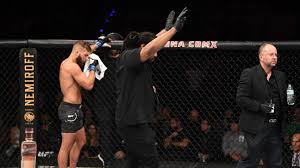 Stephens said that “He Got me Good” and his eye could be seen glued shut even after the allotted time passed on. This gave Dean no chance and he finally waved the fight off and called it a no contest.