The Battle of Alberta was fired up with the battle of the goalies and the brawl on the near line during the Saturday’s 2nd period of the Calgary Flames VS Edmonton Oilers game. 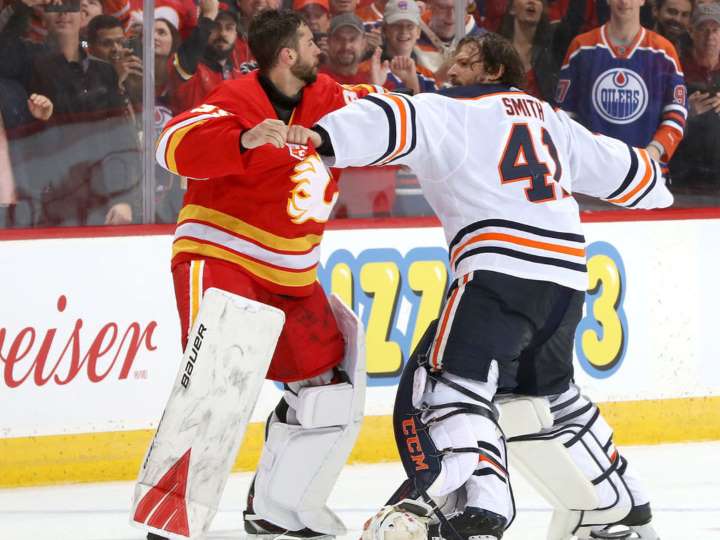 Well, this was no surprise as everyone saw the fight coming from a mile.

In the game of Flames VS Oilers, the fight of flames’ Buddy Robinson VS Oilers’ Jujhar Khaira was one of the main highlights for the Battle of Alberta. 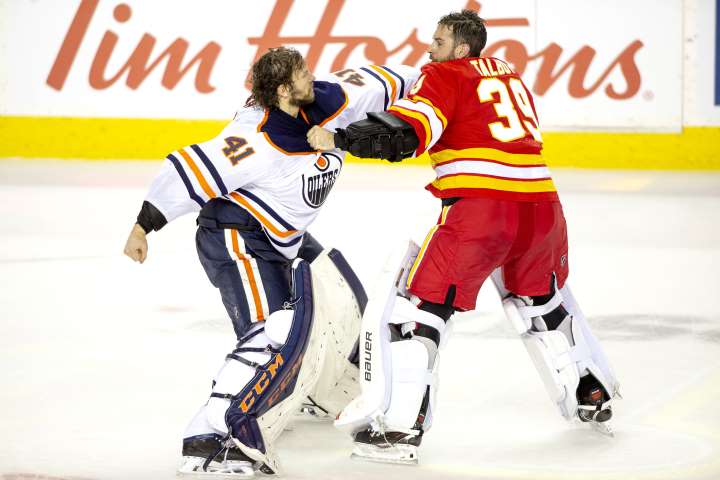 After the forward of Oilers named Sam Gagner dove down after the puck and poke from Cam of Flames with his stick, the chaos on the ice field erupted.

All hell breaks loose in the Battle of Alberta, including a goalie fight between Mike Smith and Cam Talbot pic.twitter.com/7YRcWnFbEx

Mark Giordano of the Flames was looking for his own revenge, Ethan Bear and Tkachuk traded blows as others scuffled. At that time, Mike Smith, goalie for the Oilers’ came skating to the center of the ice ass he did not like the fact that Talbot was throwing blockers. 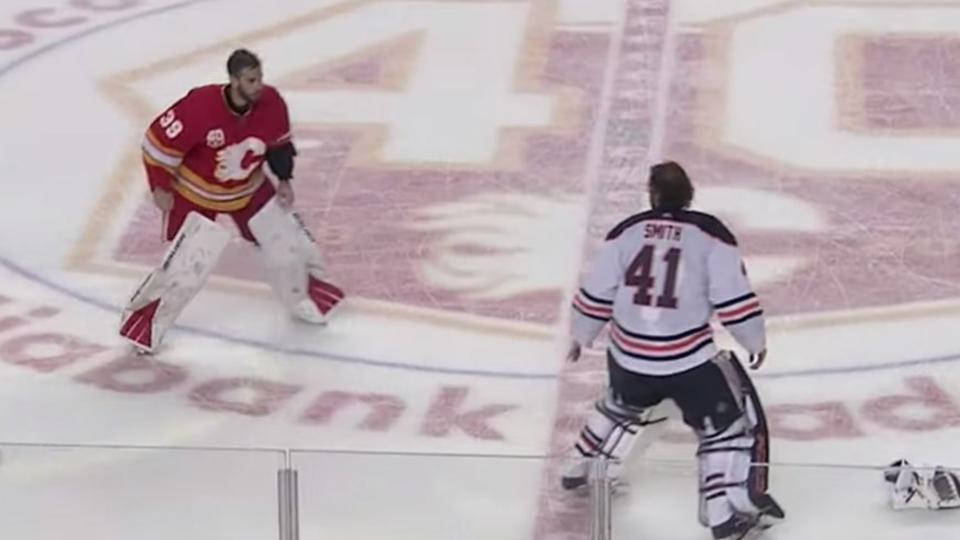 Talbot seeing Smith obliged and skated towards him and then these 2 goalies who have played for the other team last NHL season, dropped their gloves down and participated for a part in Battle of Alberta. Smith came to the fight with his 2008 best fight while for Talbot; this was his first fight in NHL. 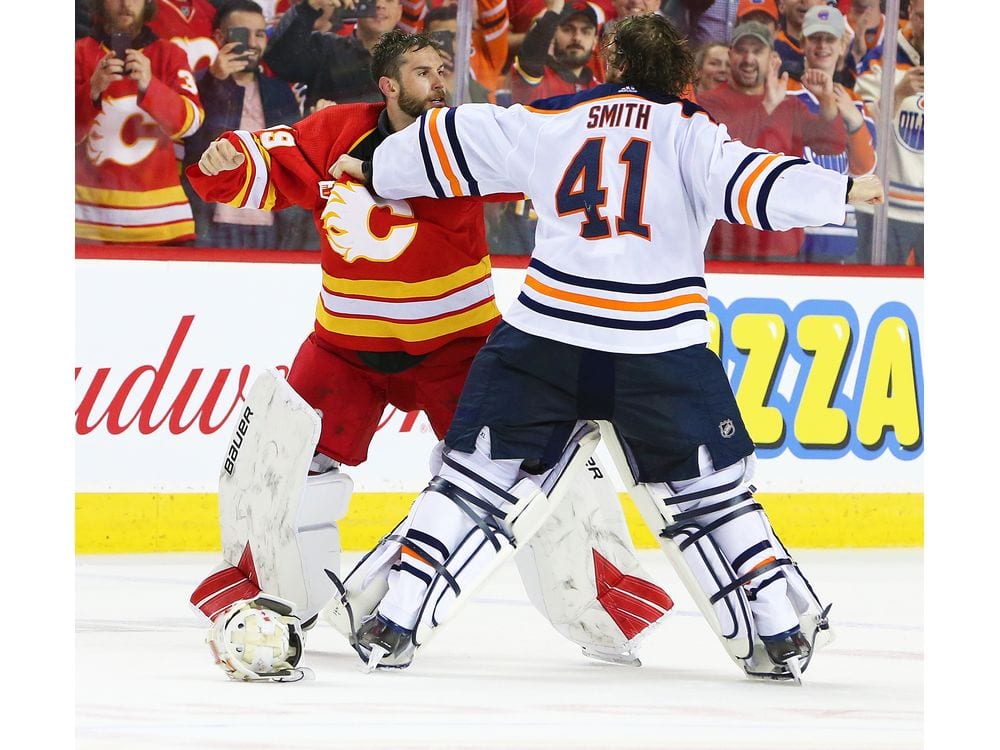 All in all, 50 minutes of penalty was called including the misconducts in-game for both teams’ goalies. The game was resumed and Oilers went on to score 2 more goals for their 8-3 victory.

Talbot said that he was not expecting getting thrown out of the game and felt really bad that his teammate David Rittich, the goalie was called in for him.

He said, “I did not like the fact that Gagner comes in and then spears me when I am on my back after the whistle was blown. This was not the right thing for me to do but the emotions got the best of me.”